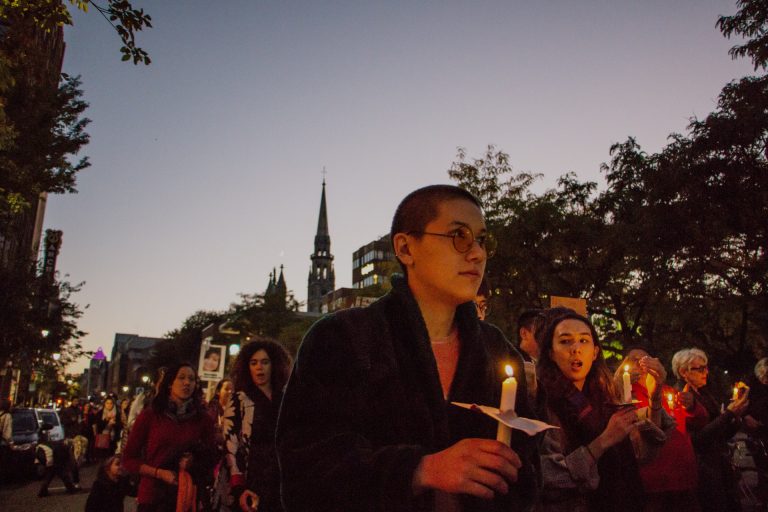 Every October 4, Sisters in Spirit events honour the lives of missing and murdered Indigenous women, girls and two-spirit persons (MMIWG2S) and their families. Canada’s unions join communities across the country to mourn and to call for action.

“This ongoing crisis, and the long history of colonialist attitudes that devalues the being and culture of Indigenous peoples, is our biggest shame,” said Marie Clarke Walker, Secretary-Treasurer of the Canadian Labour Congress. “Canada’s unions are calling on our federal government to develop and implement a national action plan on violence against Indigenous women, girls and two-spirit people,”

In June 2019, after years of advocacy from the families of the missing and murdered and their allies, the National Inquiry into Missing and Murdered Indigenous Women and Girls released its final report. The report was based on three years of testimony from 2,000 individuals and their families. Among the report’s 231 Calls for Justice is the call for a national action plan to end this violence.

Despite commitments from the federal government to develop a national action plan by June 2020, no plan or updated timelines have been released.

“It’s been over a year since the National Inquiry’s final report was published, and still there is little progress from the federal government,” said Clarke Walker. “During this pandemic, we’ve witnessed a spike in domestic violence, homicide and cyberbullying. Action on gender-based violence has never been more urgent.”

The action plan must be developed with input from provinces, territories, Indigenous leaders, families and women’s groups, two-spirit persons and all other advocates, to ensure it is transparent and trauma-informed.

To mark Sisters in Spirit this year you can: